In country hosting most refugees in Africa, support for refugee-led groups and local leaders is key amid COVID-19 fight.

Mostly, however, he is afraid that refugees might lack access to food and water. Hunger looms as perhaps an even larger threat than the coronavirus pandemic.

“Some people are very anxious and are worrying about the potential outbreak of the pandemic in this settlement,” said Jambiel, who, as the “chairperson” of the settlement, has been at the front lines of coronavirus prevention efforts.

“But most importantly, they are more concerned about recent cuts to their food rations. With people staying indoors, they cannot supplement their rations with food from outside the settlement as they would usually try to do,” he added.

“I am afraid refugees will starve.”

Home to 1.4 million refugees, primarily from neighbouring South Sudan and the Democratic Republic of the Congo, Uganda hosts the largest refugee population in Africa.

With 52 coronavirus cases detected across the country thus far, there is growing alarm over the virus taking hold among Uganda’s large refugee population – with devastating consequences.

Two recent developments have added new challenges to daily life in the settlements, increasing, among others, the likelihood of widespread hunger.

Due to insufficient funds for its programmes in East and Central Africa, the World Food Programme has announced a 30-percent reduction to the food rations it distributes to refugees, effective April 1.

On March 30, meanwhile, Ugandan President Yoweri Museveni implemented a stay-at-home order as part of a series of drastic measures aimed at containing the spread of COVID-19, the highly infectious respiratory disease caused by the new coronavirus. The directive also applies to refugee settlements, preventing individuals from venturing outside to engage in petty trade or collect firewood for cooking.

Concerns surrounding the order have led the Network of South Sudan Civil Society Organisations in Uganda (NoSSCOU) to request special exceptions be made in the settlements for individuals to be able to move around and retrieve needed food rations.

According to NoSSCOU, the government has not responded to this request yet. 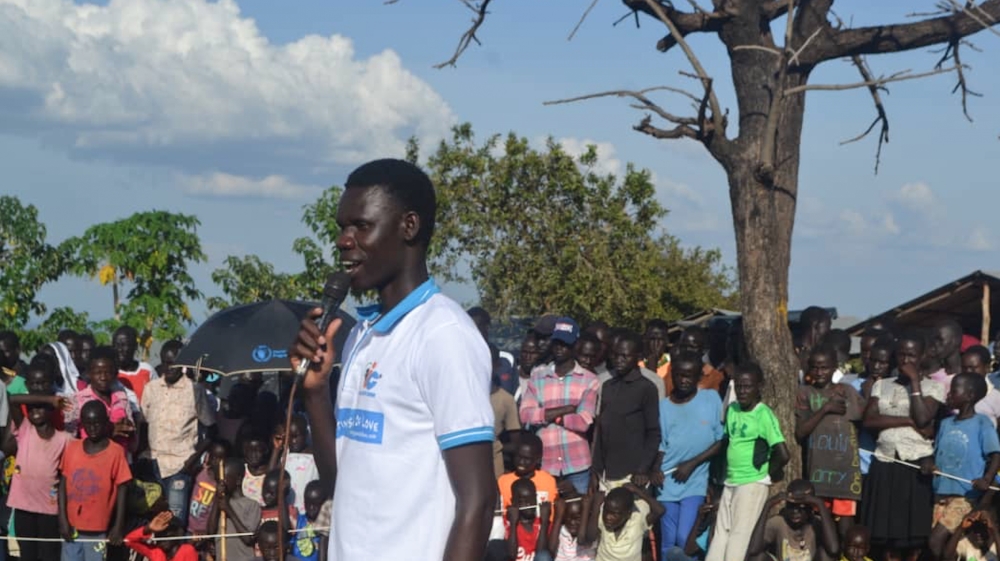 Frequent hand-washing with water and soap is one of the most basic protections against the coronavirus, but access to water in the settlements is an additional problem: not only is water limited, but the long lines that typically form at the restricted number of available water points could make these potentially dangerous breeding grounds for the virus.

From his vantage point in Bidi Bidi, the largest refugee settlement in Africa, the need for items such as soap, hand sanitisers and detergent is significant – but for many, the demand has not yet been met.

“We have had meetings with UNHCR and Oxfam, who want to incorporate our perspectives into their response plans, and we are grateful for that. We have asked for testing facilities and hygiene items. But for now, I think we are left to ourselves,” said Bimo, indicating that, for many on the ground, prevention mechanisms are being rolled out too slowly and sparsely.

Alongside other refugee-led civil society organisations, I CAN South Sudan has been advocating for these supplies among government and international actors.

Each settlement is at a different stage in its preparation process for COVID-19.

“Some settlements have already distributed soap, some are in the process of doing so, others will distribute soon,” Kasozi said.

“Previously, each refugee was entitled to 250g of soap per month, but we have doubled this,” he added.

According to Kasozi, 32 isolation facilities are already in place in multiple settlements, a legacy of Uganda’s response to the Ebola epidemic still ongoing in the DRC. The spread of Ebola was largely prevented in Uganda after it first travelled across the border in June 2019. The UNHCR anticipates isolating potential COVID-19 cases in these facilities.

“While our isolation facilities were prepared for Ebola, we now need to equip them to suit the needs of COVID-19 patients. This will include ensuring there are enough ventilators, beds and medicine,” Kasozi said.

He fears inadequate funding will prevent the UN and other actors from responding appropriately to the scale of a potential outbreak.

Facing domestic emergencies caused by the coronavirus pandemic, there are growing concerns that the international community will increasingly divert their attention and material resources away from international crises.

UNHCR Uganda has requested additional funding from the agency’s headquarters in Geneva to handle this potential outbreak, but the request has not been approved yet.

“Our biggest concern right now is that, while we are responding to the situation, our response needs to be augmented. We have requested financial support, but our requests have not yet been met,” he said. 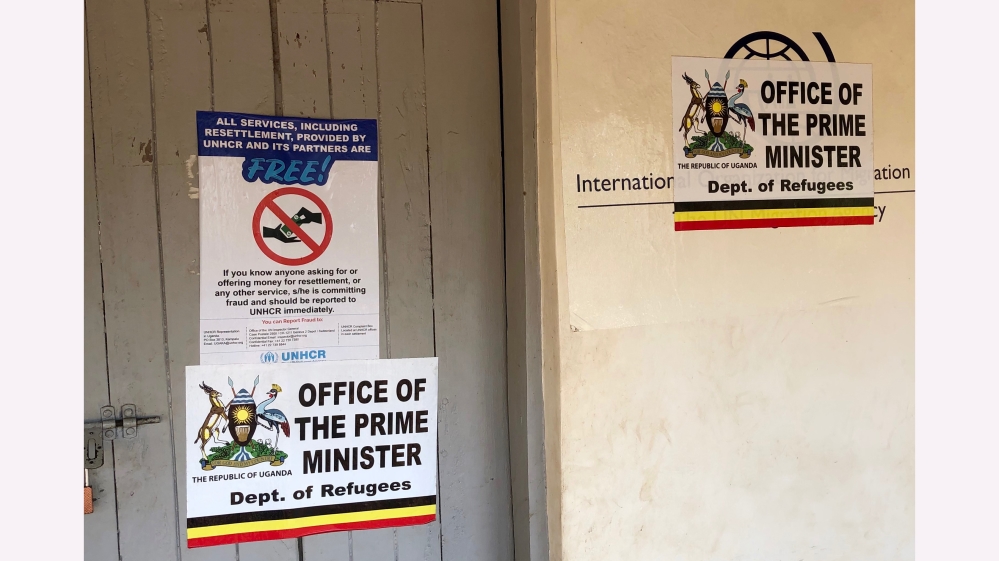 Uganda confirmed its first coronavirus case on March 21, and since then the situation has been evolving at a rapid pace. The country has since closed its doors to new asylum seekers and refugees for a period of 30 days, and shut down all border transit and reception centres.

On March 25, the government and the UN issued a joint statement on COVID-19 prevention measures to be taken among the refugee population, which include providing hand sanitiser and other protecting equipment to staff at the front lines, setting up hand-washing facilities and establishing isolation centres.

These tasks are assigned to UNHCR and intended to be executed in collaboration with local leaders, who are still waiting to see when these measures will be implemented on a large scale across Uganda’s 13 settlements.

“Local leadership and refugee-led organisations will play an increasingly important role in the event of a coronavirus outbreak,” said Elizabeth Deng, a regional rights and crisis adviser with Oxfam.

Deng is concerned that an outbreak would make the work of international non-governmental organisations (INGOs) in the settlements increasingly challenging, interfering with their service delivery efforts.

“There will be some exemptions to the ban on movement made for humanitarian efforts, but even with these exemptions, we are likely to see a lower presence of INGOs in the settlements,” she said.

She anticipates that, while international actors will continue to provide vital support, including around matters of sanitation and hygiene, local leaders and refugee-led organisations will increasingly need to play a leadership role in managing the spread of the virus. 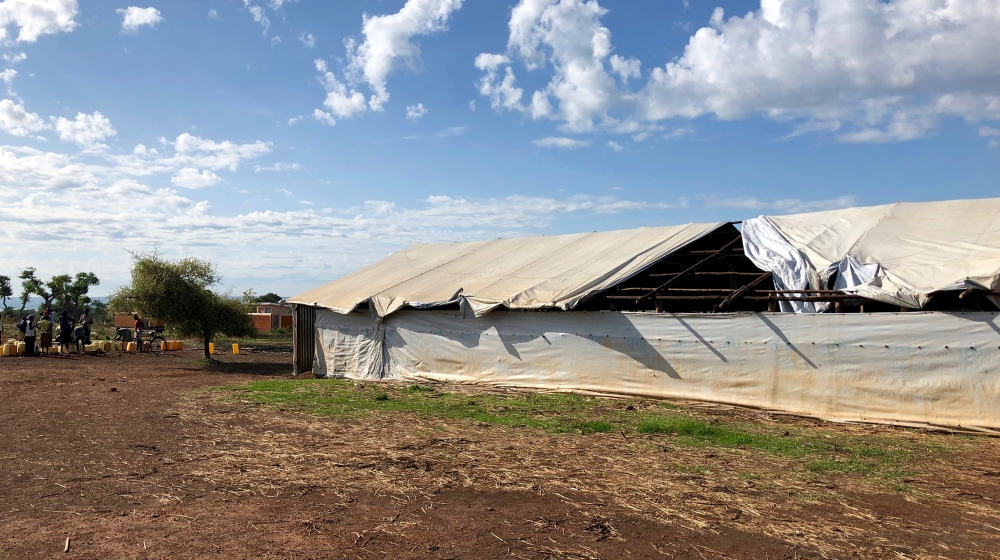 UNHCR and its partners have mobilised 2,800 refugee volunteer health workers to carry out household visits, during which they raise awareness of the virus, share information on preventive behaviour and attempt to identify any potential coronavirus cases.

This awareness-raising work is seen as vital to curbing the spread of misinformation about the coronavirus – its symptoms and transmission – which has been circulating across Ugandan settlements, including through social media.

Beyond household visits, awareness-raising can also happen “through community leaders on the radio, or through vehicles circulating with loudspeakers”, highlights Deng, whose responsibilities at Oxfam include partnering with and funding multiple refugee-led groups.

Yet, the questions that remain to be answered is how much support will refugee-led groups and local leaders truly receive in their efforts to prevent and mitigate the spread of the coronavirus across Uganda’s refugee population – and in what timeframe?

“The delay in getting supplies is causing anxiety among refugees and puts them at greater risk. I believe the anxiety might even cause increasing trauma among refugee populations,” said Bimo, from I CAN South Sudan.

“We have stopped all our programmes and have turned our focus to coronavirus prevention. We are trying to figure out how to best help our communities.”

Peacebuilding in South Sudan looks to refugees in Uganda

Nearly 900,000 South Sudanese refugees currently live in Uganda, where many live in waiting for an implemented peace agreement.... read more

This week, on 27th April 2020, under the presidency of the Dominican Republic, the United Nations Security Council held... read more

Even amidst the challenges of the COVID-19 pandemic, countries must do more to harness the talents of young people... read more